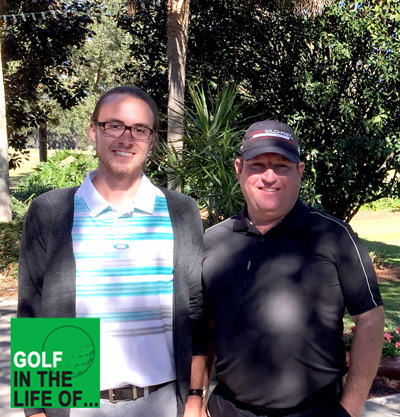 When I was down in Orlando at the PGA show I was able to go out to Howey in the Hills and meet Gary and see a typical day with the 45 full time students they have right now. (the GolfMDs guys were out shooting some videos which I hear are going to be coming out soon)

We talk about how Gary has been able to get such amazing results with students and what it’s done for his ability to grow his academy. If you want to hear what he runs the students through every week… We go through it! And Gary shares what he thinks are the keys that some people are missing.

Gary’s approach to junior golf development is FASCINATING. For anyone trying to work with juniors on a high level this is a must listen.

Train For Golf Like An Olympian details the system that Gilchrist and co author Huffman have researched, tested, utilized, and proven with hundreds of students: juniors, amateurs and professionals (including 75 AJGA All-Americans and even Major Champions) over the past two decades. The system and concept of periodization that Gilchrist and Huffman utilize has produced numerous champions in other sports such as cycling, running, tennis, wrestling, and swimming, as well as by great golf champions such as Tiger Woods.

The Academy is committed to excellence in every facet of golf, fitness, personal development and academics, being partnered with Montverde Academy, an acclaimed private college preparatory school.

Gary Gilchrist, founder of the Gary Gilchrist Golf Academy, has been recognized as a Golf Magazine Top 100 Teacher 2013-2014 and as a Golf Digest Top 50 Teacher in America 2012-2013 and 2014-2015. Gilchrist teaches many of the games top juniors and pros at the Academy, including Morgan Hoffmann, Shanshan Feng, Fabrizio Zanotti and many more.