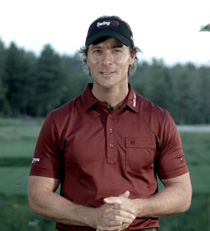 Jeff Ritter is a well known name in golf instruction.  He is a fantastic instructor and a consistent figure in the world of golf media.  From the cover of Golf Digest to consistent publications for numerous other media you’ve seen Jeff if you’ve been in the golf world for any period of time.

In this first interview we walk through a little of Jeff’s story and how he established himself in this role.

Jeff resides in Phoenix, Ariz., where he operates out of the Raven Golf Club Phoenix. As the National Director of Instruction for Nike Golf Schools and Junior Camps, he spends his summers running Nike Junior Golf Camps Flagship location in Pebble Beach, Calif.  Jeff’s marque initiative is a high-performance, lifestyle-based coaching brand called “Make The Turn.”