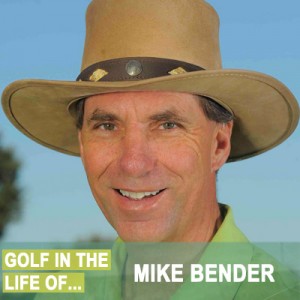 Mike Bender is one of the top instructors on the world.
Mike chats about where he currently spends most of his time and some details of his academy based out of Lake Mary FL. (4 juniors at their academy are ranked in the top 10)

We dive into Mike’s story. The early years, starting out in Waterloo Iowa, teaching while also trying to play professionally.
When Mike moved to Orlando who soon found a niche teaching mini tour players. (that has lead to working with players like Zach Johnson and Jonathan Byrd)

Mike shares some of his ideas behind growth – for instance he’s always added instructors and built better facilities based on demand from students.