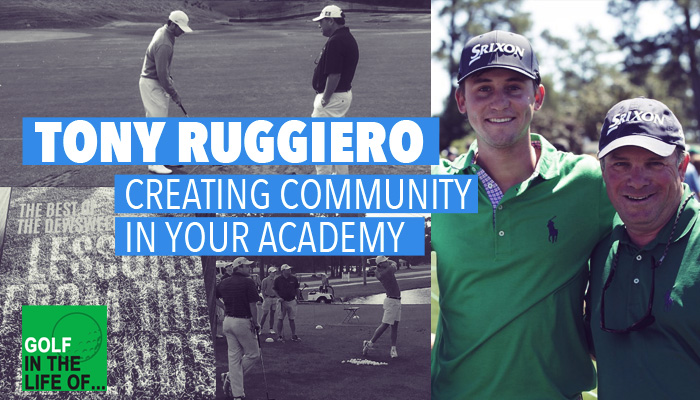 Tony Ruggiero (also known as the dewsweeper) has an amazing track record of developing incredible junior golfers. We learn how he does it and creates an amazing academy culture that encourages students to always be growing and getting better.

We hear the entire process Tony goes through with juniors and what it might look like if you were a junior in the academy.

One of the key aspects of the program is the quarterly “camps” that Tony runs. He shares how important those are (and fun) and what exactly happens during those. It’s awesome to hear the way he’s building a community of juniors and how that culture helps to push people farther and excel.

If you’re interested in creating a CULTURE of excellence with your junior golfers Tony shares the FIRST STEP you should take. Invaluable info and mindset from Tony. 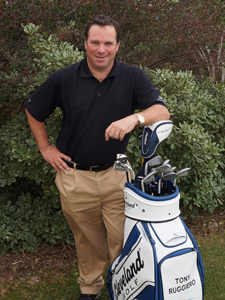 Recognized by Golf Digest as one of the top teachers in Alabama for 2015-2016, Tony Ruggiero is the Director of Instruction at the Country Club of Mobile, and also operates the Dewsweepers Golf School at Bay Point Golf & Tennis Club in Panama City Beach, Fla.

His students include PGA Tour and Web.com Tour professionals Smylie Kaufman, Lee Williams, Zach Sucher and Sam Love, as well as dozens of top college and junior players in the Southeast. He lives in Mobile, Ala.

A native of Birmingham, Ala., Tony attended St. Mary’s University (1991-93) where he earned two varsity letters in golf and was a member of the Heart of Texas All Conference Golf Team. He transferred to Samford University in Birmingham to be closer to his family, and while attending Samford earned two varsity letters in golf as well as a degree in Public Administration.