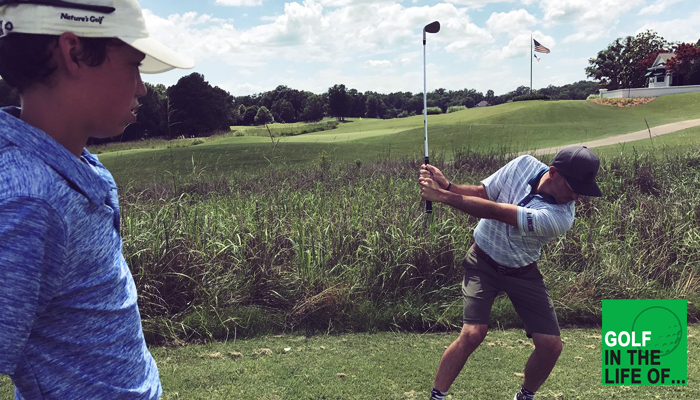 When you walk into the teaching studio at Old Waverly Golf Club in Westpoint, Mississippi, you’ll notice a large chalkboard with the words “What you do is not who you are and, who you are is not what you do.”  Today’s podcast guest, VJ Trolio shares honest open conversations about being an instructor and what has worked (and what hasn’t) for him over his career.

Looking for additional resources to revolutionize your golf instruction business and learn how to guarantee results for golfers?

Learn more from Will Robins here.

Even though he worked with players of all abilities, he found his time being in demand by the most elite after early success developing junior golfers. In 2014 and 2015, he spent 63 consecutive days on the road. It didn’t take long for him to start questioning if that was truly who he wanted to be as not only a coach, but husband and father as well.

VJ’s aha moment came when he was on his way home from a tournament in New Orleans with his son. His son had just shot 83-79, well above his scoring average for the year. When they stopped at a restaurant, VJ’s son asked him “Dad, how did that happen?”

That conversation was the beginning of VJ’s realization of how he would level up his coaching.

First, was how much time coaches and parents spend with their children on the golf course in addition to lessons and learning the mechanics of the game.

When VJ started taking players on the golf course he started seeing why they weren’t shooting the scores they should have.  It came down to strategy, chipping, putting, and helping them apply the playing skills of the game.

In the big picture, the elite players VJ worked with weren’t great because of his teaching alone. He also realized how much he was constraining himself by standing in a hitting bay giving lessons. In other words, there was clearly more to teaching the game of golf. 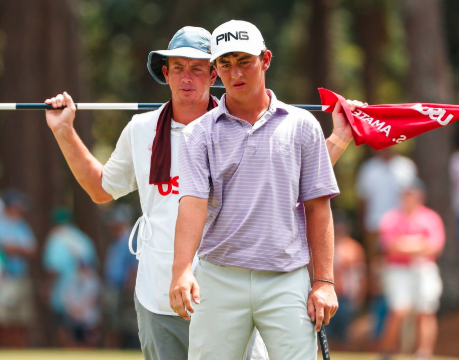 VJ tells the story of caddying for his son at the U.S. Amateur. He says he didn’t carry the bag because he was dad and Coach, but because he was “cheap and could tote a bag.” The week was a long one as his son made it to the semifinals.

Throughout the entire tournament, there was no mention of swing mechanics. Instead, conversation revolved around strategy, attitude, composure and staying present.

That big picture approach and balance is how VJ continues to go about teaching and the rest of his life to this day.

In fact, he’s written a book about it called Only One Shot. It’s within those pages that VJ delves into the processes and ingredients that are necessary to develop an elite player.